Truth, Technology, and Equality through Disclosure

Posted by David Wilcock on Facebook an hour ago:

“Last night I got a HUGE burst of new intel from Pete Peterson about the
Antarctic Atlantis. Much more specific detail that has clarified a bunch of
topics, including UFO crashes from three different time periods that have
all been found.

Pete was part of a team that has been working on an incredibly detailed
analysis of these crashes for at least the last 30 years. The level of
specifics is almost too much, since you are dealing with entire teams of
scientists who did nothing but study these sites for years at a time.

Plans are definitely in place to reveal the whole thing to us. A negative
ET group is also demanding a disclosure announcement in the very near
future.

The battle between the Cabal and the Alliance is playing out in the US as
the DoD (Alliance) versus the CIA and there are many mysteries in current
events that can be explained.

We are definitely right on track for some major changes in everything we
think we know. The Alliance would have done this regardless of who won the
US 2016 election.

I have been very busy with new developments in my life that involve travel
and many hours of work. All very positive and completely unexpected.”

Today at the Space Symposium event in Colorado Springs we passed out a flyer attached to a DVD (maybe around a hundred of each). We received a very wide range of reactions just like last year, ranging from people automatically laughing about the topic to people very knowledgeable about the topic and interested in our take on specific areas, and also some people familiar with suspicious activities occurring in Antarctica this year which was mentioned on one sign we used.

We also managed to give out to some people an additional DVD package which had the ENTIRETY of the 5 days of testimony presented at the Citizen Hearing on Disclosure: http://www.citizenhearing.org/ (Thanks to Richard for preparing that!) 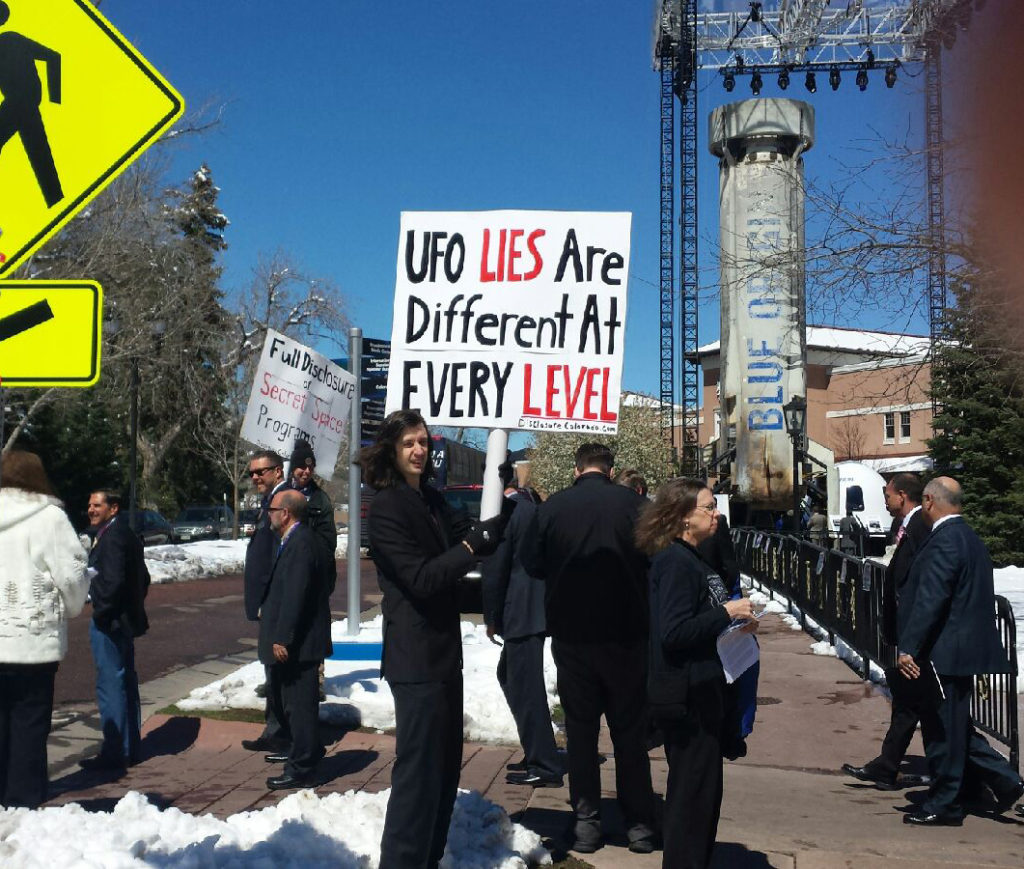 Corey’s personal presentation, covering the basic timeline of his testimony and experiences.

The whole joint presentation between Corey and David Wilcock, called “part 2” here. David released this in a more carefully edited form though, I mentioned that version in a prior post.

From exopolitics.org – updates written by joint effort between Dr. Salla and Corey Goode.

The last one has a narrated youtube video associated with it. They started doing narrated videos when they got sick of “robot voice” narrations of their articles becoming so popular on youtube.